The results are in: Xbox has topped the first ever nimbl Brand Hotlist, confirming its status as the brand that kids are most loyal to.

The ‘Brand Hotlist’, which tracked every single transaction made by a representative sample of 22,700 children using their nimbl prepaid Mastercard® debit card over a twelve-month period, has revealed that kids were more likely to be repeat customers of Xbox than of any other brand. Xbox clinched the top spot, hanging on to 72% of its customers, edging out gaming rival PlayStation, which retained 68% of young shoppers, and pushing McDonald’s into third, maintaining 55%.

However, the Top 40 list revealed that Xbox and PlayStation were not without some stiff competition. With the nation’s children having to spend more time in doors, a number of gaming platforms – Nintendo, Steam and Roblox – also enjoyed a stellar year, bagging 5 spots on the top ten list. And in the clash of the cafes, Starbucks just managed to pull ahead of Costa, which remains close on its heels.

The Top 10 brands, and their retention rates, were:The nimbl ‘Brand Hotlist’ also tracked shifts in brand loyalty among different age groups and revealed a sharp step-up in loyalty between the ages of 12 and 13. In fact, teenagers aged 13 to 17 were nearly 40% more loyal to brands than kids aged between 9 and 12.

“It’s clear from our data that children are a discerning bunch, particularly once they hit early teens and for brands and retailers, building brand loyalty at a younger age pays dividends.

It’s interesting to see the data confirming what many parents feel instinctively. As kids grow up, they naturally want to assert their own identity, and this is mirrored in how they shop. As they get a little more parent-free shopping time, they make up their own minds about what to buy and where. It would be fascinating to see if our findings tally with the experiences of the various retailers on our Hotlist.”

“It is fascinating to see which brands are most popular among young people in the inaugural nimbl Brand Hotlist.

“It’s important that we ensure the next generation foster smart spending habits early on and, that as they grow up, they develop the financial confidence and awareness needed for a digital age.

“As we see the continued shift to digital in the UK, the safety and security of online payments is a top priority, so it’s fantastic to see that nimbl’s unique spending controls are giving parents the confidence to help raise a financially savvy generation.”

Get one month free 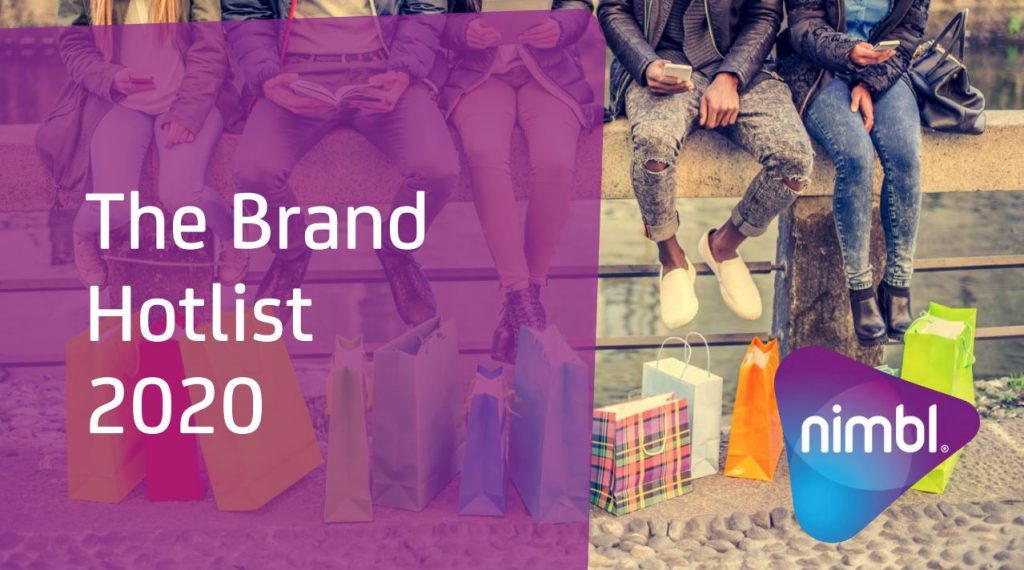